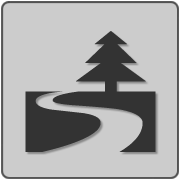 Dragon World was a realm where all of the Dragons originated from. It is separate from the Human World. Only the Dragon King, Thoron, had the power to open a portal between the two realms. The portal to the Dragon World is located at the Portal Of Fire. All species of Dragons, Sea Dragons, etc. originate here, except for Swamp Dragons which are not true Dragons.

During the events of Fire And Ice, the portal to the Dragon World was closed by Thoron due to the warring between the Draigar and Norvagen nations. This led to Dragons becoming nearly extinct within the Human World. At the end of the war when the Draigar and Norvagen made peace, the portal was reopened and Dragons were allowed to return to the Human World.

Retrieved from "https://dragonsuniverse.fandom.com/wiki/Dragon_World?oldid=5678"
Community content is available under CC-BY-SA unless otherwise noted.